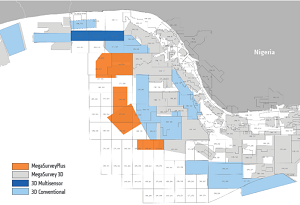 PGS has added 10,700 sq. km of 3D MultiClient data to its data library coverage of the Niger Delta, kick-starting a major reprocessing project. This will be the cornerstone of a new regional-scale MegaSurveyPlus dataset for Nigeria. Final data will be ready in Q4 2022.

“Modern processing and imaging techniques, including optimized denoising algorithms and a full deghosting sequence, will improve data bandwidth and signal-to-noise ratio, and the application of a multiple attenuation process will enable enhanced image integrity by eliminating complex multiples,” he adds.

The addition of 10 700 sq. km of MegaSurveyPlus reprocessed 3D will give an expanded and consistent regional geological perspective. The resulting full-stack PSTM data can be used for regional interpretation, to enable a greater understanding of plays and migration pathways across open acreage offshore Nigeria. Pre-stack PSTM products allow a thorough AVO analysis to be undertaken.

The Nigeria MegaSurveyPlus covers two main structural provinces directly linked to the gravity-driven movement of the Akata Shale Formation (Figure 1). The eastern part of the dataset is in the transitional detachment fold zone and contains subtle faulting along with low wavelength folding of Eocene to Quaternary stratigraphy. The western part, situated in the outer fold and thrust belt, is dominated by closely spaced thrust faults (Figure 2).

The Niger Delta Basin formed during the Late Cretaceous and contains up to 12 km of Late Cretaceous to Quaternary aged clastics deposited in an upward-coarsening regressive deltaic sequence. The main source rocks are Akata Formation marine shales and Lower Agbada Formation paralic shales. Proven reservoirs in the basin are found in unconsolidated sandstones of the Agbada Formation deposited as stacked turbidite channel and fan complexes. The largest accumulations are trapped in roll-over anticlines in the hanging walls of growth faults, however, hydrocarbons may also be found in fault closures and subtle stratigraphic traps.

Reprocessing to enhance imaging of targets will improve the illumination of complex structures associated with the diapiric movement of the Akata Shale Formation. 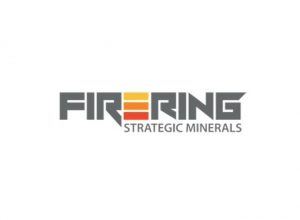 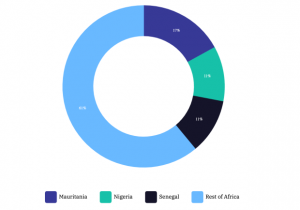 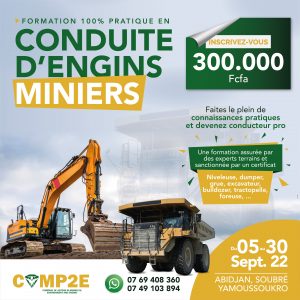