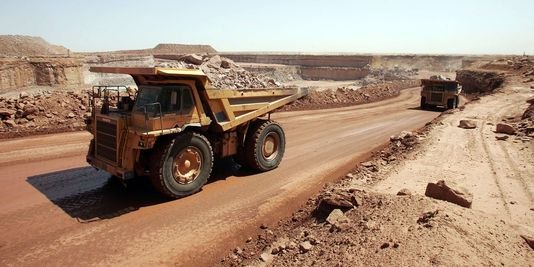 The world’s large platinum miners are stepping up plans to build renewable power plants to free them from the blackouts that have plagued South Africa for more than a decade and to reduce their carbon footprint.

Sibanye-Stillwater, the No.1 platinum miner, Impala Platinum Holdings and Anglo American Platinum said they plan to expand solar and wind farms for their own use to reduce reliance on the company to State Eskom Holdings, some of whose aging coal-fired power plants have failed to meet demand for electricity.

South Africa has been plagued with power outages since 2005 and continued blackouts are a big problem for the world’s deepest mines, which are often forced to cut operations when electricity is rationed. . By using more renewable energy, miners can also ease pressure from investors wary of carbon-intensive industries as the transition from fossil fuels accelerates.

“Eskom has a deficit, they can’t provide the energy they need right now,”   Sibanye spokesperson James Wellsted said in an interview. “We depend on Eskom and its coal power, so our levels of greenhouse gas emissions are high relative to our peers and this is part of the steps to achieve carbon neutrality. «

Sibanye has approved plans to build a 50 MW solar power plant to supply electricity to its gold mines. It is also evaluating plans for a 175 MW facility at its Rustenburg platinum mines and additional supplies from a 250 MW wind farm, Wellsted said. The company will present construction schedules in its half-year results next month.

Anglo Platinum aims to start producing around 100 megawatts of renewable energy from the end of 2023 at Mogalakwena, or about a quarter of the daytime electricity demand of the world’s largest palladium mine, Jana Marais said, spokesperson for the minor. The company is also considering adding 220 MW of solar capacity for a hydrogen transport truck project.

Implats is evaluating options for using solar power at all of its mines in South Africa and Zimbabwe, said Johan Theron, spokesperson for Implats. While mines cannot run on renewable energy alone, alternative energy would help improve the company’s green credentials.

“All investors want to understand what you are doing to decarbonize and become a more sustainable business,” Theron said. “It’s a concern for the future and whether everyone is doing their part. If we do nothing and continue to use coal power as we use it today, then in 10 to 20 years we will have a problem.